Zonta International, founded on November 8, 1919, was different from many other women’s clubs in existence at that time, as Zonta was open only to women holding executive positions based on a classification system. Read about the history of Zonta International from its beginnings in 1919 to present day. According to Zonta International documents, the organization’s name and symbol were inspired by Indian words and symbols. 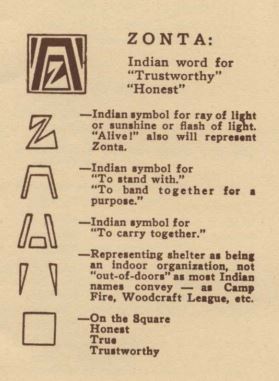 ABOVE: From 1944 Zonta Classification Membership guide.

Adherence to professional classifications was required for membership and only one member was permitted for each “classification” in each club. If a member resigned from the executive position for which she was extended membership, she was required to resign. There was an allowance for persons who reached retirement who had been members for five years or more.

When a member is no longer devoting sixty per cent of her time to the work through which she obtained her classification, she should resign… If later she takes an executive position with a representative firm and that classification is not already filled, she will again be eligible.

The Zonta Song, found in the Zonta Classification Membership guide (p.27), is sung to the tune of the former Russian National Hymn. 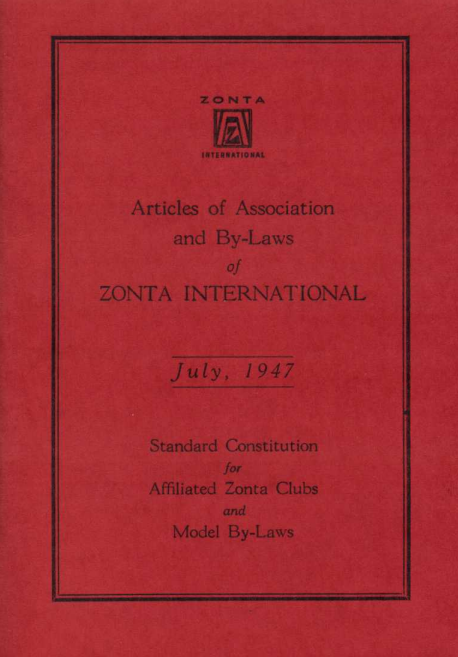 READ Articles of Association and By-Laws

The Zonta Club of Orlando-Winter Park was part Florida District 4 which included north and central Florida, and Zonta District 11, which now includes Alabama, North and South Carolina, Georgia, Florida, Mississippi, Tennessee, Puerto Rico, Bahamas, and the British Virgin Islands. According to the Zonta history, the Orlando-Winter Park Zonta club was established in 1948 and closed in 1987. 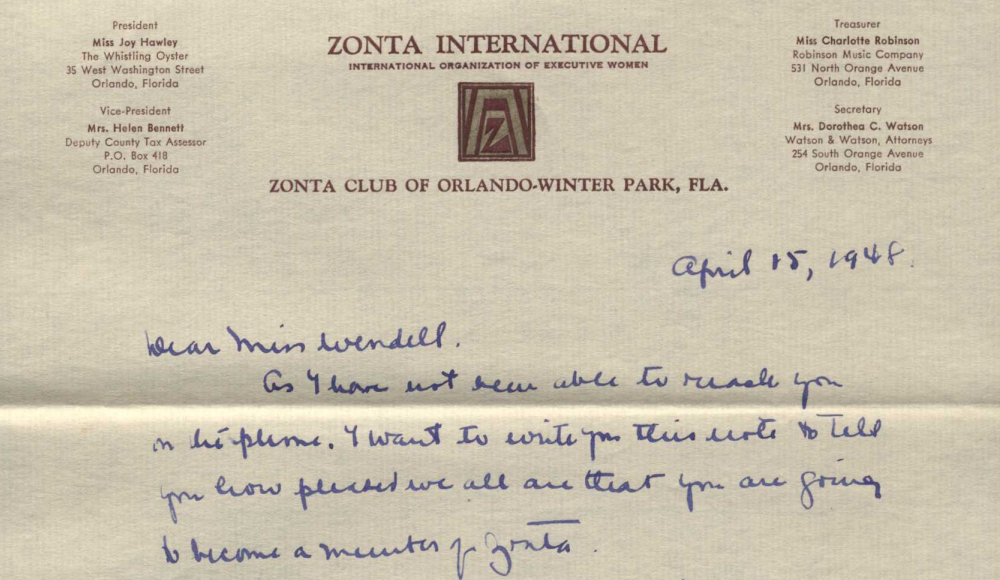 ABOVE: Letter to Clara Wendel regarding her membership in Zonta. View transcription.

On April 15, 1948, Zonta secretary Joy Hawley, wrote to Albertson library director Clara Wendel, notifying her that she would be received as a member at their next meeting on April 22nd. It is not known how long Miss Wendel was a member of Zonta. Documents and correspondence in her Zonta file are from 1948-1951. Neither her obituary nor the tribute created by the library at the time of her death, mention her membership in Zonta.

A Zonta Orlando-Winter Park club roster, that appears to be from 1948, includes the occupation and business name and address of women executives from Orlando, Apopka, Winter Park and Gotha. 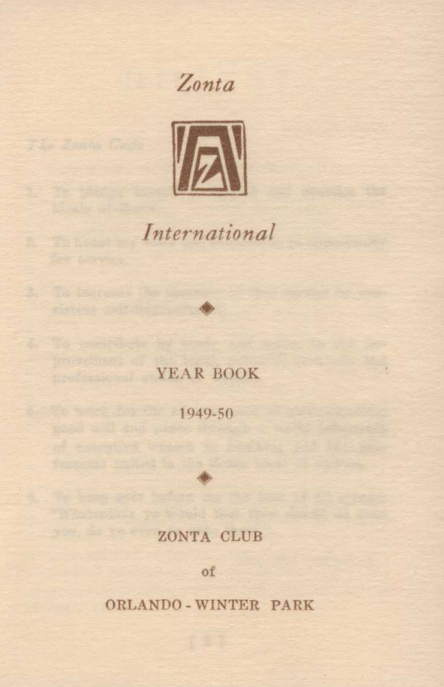 Clara Wendel’s Zonta file contains several notices from 1948-1951 regarding the acceptance of new members (below) with their classifications.

A notice published in the February 27, 1949, Sentinel Star announced that the Orlando-Winter Park Zonta club was meeting to sponsor a new organization to be called “Friends of the Library“. 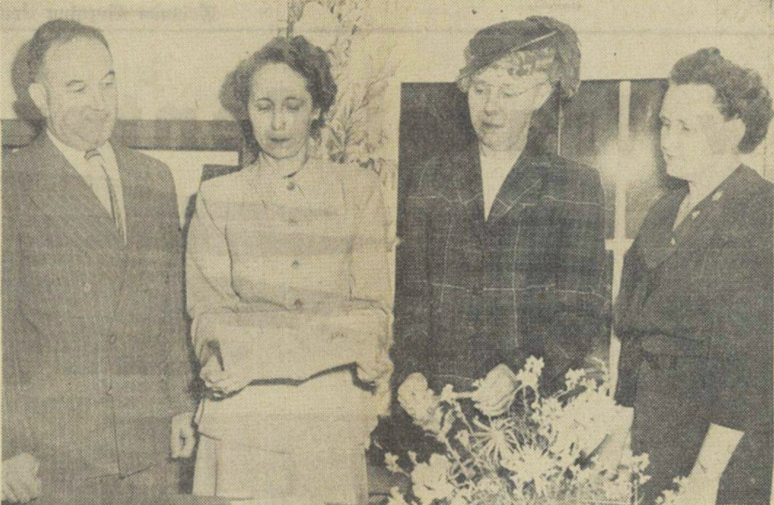 A newspaper clipping, published in the Orlando Morning Sentinel on March 3, 1949, announced the election of Mrs. Ruth McCullough Maguire as president of the newly organized Friends of the Library Association, sponsored by the Winter Park – Orlando Zonta Club.

The items under DOCUMENTS and IMAGES below, all belonged to Clara Wendel, and can be found in the Zonta or Clara Wendel files in the Florida Collection vertical files at the Main library in downtown Orlando. 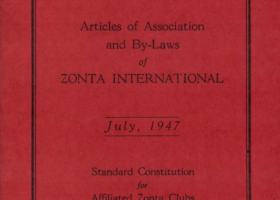 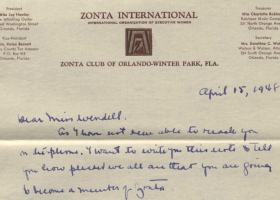 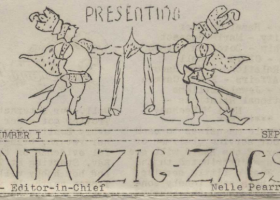 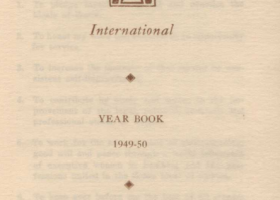 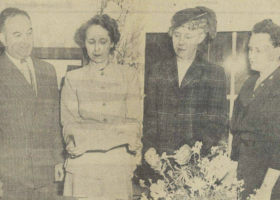 Friends of the Library established

A newspaper clipping, published in the Orlando Morning Sentinel on March 3, 1949, announced the election of Mrs. Ruth McCullough Maguire as president... 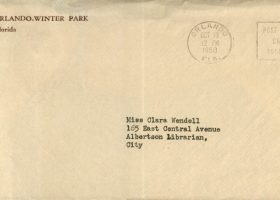 Zonta International Articles of Association and By-Laws published in July 1947.

Zonta Standing Committees District 11, May 1949. The standing committees list was found stapled to a District 11 newsletter dated May 18, 1949.

This booklet from Zonta International explains the strict rules regarding membership based on the classification of the industry in which the member holds an executive position.

Letter regarding the 1948 Zonta convention in Pasadena, California with a postcard of the Huntington Hotel.

Zonta-1949-08-05-radio-spot-info.pdf
Letter to club presidents regarding creation of radio spots

Letter to Zonta club presidents with facts about Zonta's history, members, accomplishments, and goals, to be used in the creation of radio spots to promote the club.

It is not known if these are the only members added during these years; these are just notices received by Zonta member Clara Wendel.

The Zonta Zig Zags newsletter of the Zonta Orlando-Winter Park club from September to December 1949. It is not know if these were the only Zig Zags published in 1948; these are just the editions that were sent to Zonta member Clara Wendel.