Miss Hyer knew just about everyone and liked to visit and chat with them. This recording lets us listen in on one of her visits with Mr. Leu in his old age. They discuss his knack for success, the Mizell family cemetery, his giving the garden property to the city and lots in between.

She tells him that a Friends of the Library publication said that we have the finest genealogy library in the United States and there was a new department where you could turn on a recorder and hear your mother’s voice.

She asks him about all his travels and he spoke about meeting Haile Selassie the king of Ethopia. View this photo of Harry and his wife Mary Jane at their home.

Mr. Leu was born in 1884 in Orlando in the family home on Orange Avenue. Read about his early life and career at FindAGrave.com

He and his wife Mary Jane, bought what is now Leu Gardens in 1936. Mr. Leu owned an industrial supply company with offices in Orlando, Miami and Tampa. This April 1929 letter to Albertson Public Library director Olive Brumbaugh, is signed by Mr. Leu. 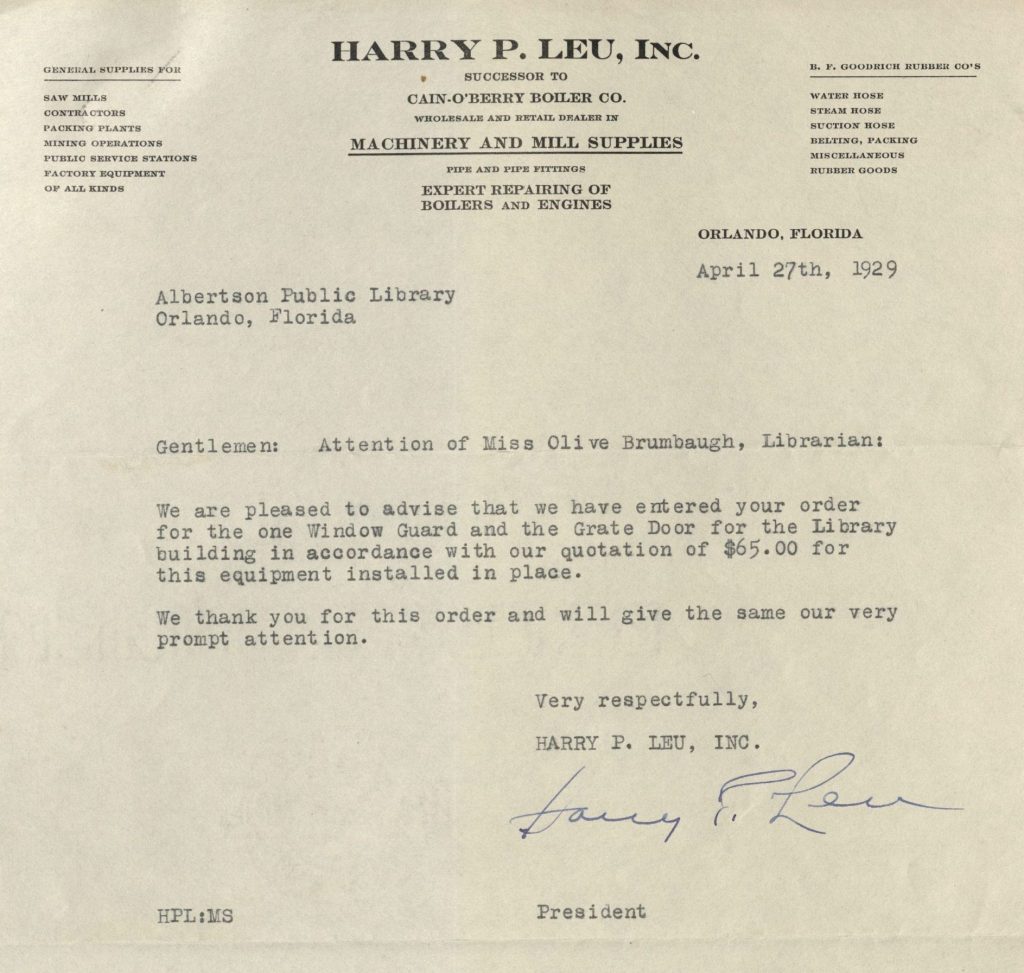 Mr. and Mrs. Leu were avid travelers and brought home plants and seeds which they planted in their garden. The Leu’s donated the property to the City of Orlando in 1966 and Mr. Leu died in 1977.

In an added segment at the end of the tape, Hatabel states that it was recorded at the Americana Nursing Home a few moths before Harry’s 90th birthday and his voice was very weak, but they decided to keep the tape.

Mr. Leu was almost 90 at the time this conversation was recorded and his voice is very weak and he is very hard to hear. 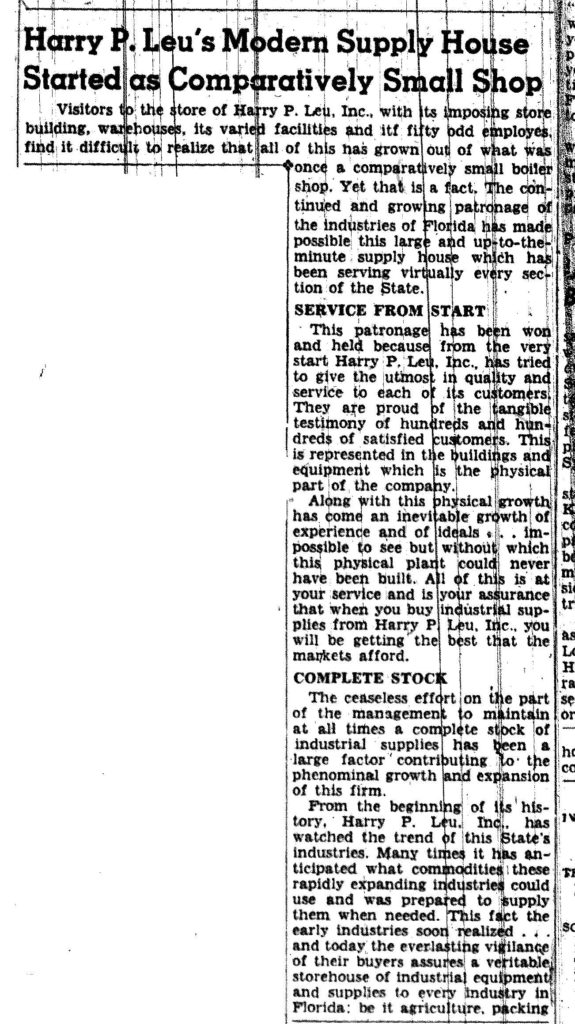 Learn more about Harry P. Leu and see a photo of his grave at FindAGrave.com 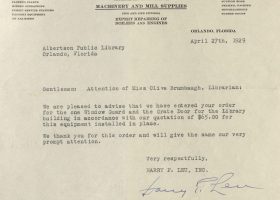 Letter to Albertson Public Library director, Olive Brumbaugh, signed by Harry P. Leu, confirming that the order for a window guard and...

Letter to Albertson Public Library director, Olive Brumbaugh, signed by Harry P. Leu, confirming that the order for a window guard and grate was place.