December 22, 1981 article from the NAV-A-GATOR, on Joe Cangelose’s three service career at the  Naval Training Center in Orlando.

Joseph J. Cangelose first came to the Orlando Army Air Base in 1942. The base was located at the corner of Primrose and Robinson with Herndon Field as the runaway.  Cangelose served as Army staff sergeant.

He met his future wife his first week in Orlando. Corrie Rhodes, a secretary at the base, was waiting in line for her paycheck when he spotted her and told a buddy, “I’m going to marry that girl.”

His daughter, Orlando native Betty Cangelose Wheeler, recalls her father being away for the first few months of her life serving in the Army Air Corps in WWII.  Her mother sent baby pictures taken at Lake Eola to Cangelose while he completed his duties in France.

In 1947 the Air Force was created and Orlando Army Air Base and Cangelose were both reassigned. Cangelose states in this 1981 article, “What is now the Naval Training Center was being built as an Army Air Corps School – The School of Applied Tactics.”

Cangelose served 21 years in the military, in WWII, in Korea and Vietnam.

He began work as a civilian accountant at the Orlando Air Force Base in 1965.

The Navy took over the base in 1968 and Cangelose worked 10 years for the Special Services Department.

In 1978 Cangelose  became Supervisory Auditor at the  Naval Training Center  until his retirement on December 29th, 1981. Joseph J. Cangelose  completed 37 years of military and civilan service.

His daughter, Elizabeth Cangelose Wheeler, is now an attorney  practicing in  Orlando and is currently a director of community based Outreach Love.

SEARCH OrlandoMemory.info using the surname “Cangelose” for other posts. 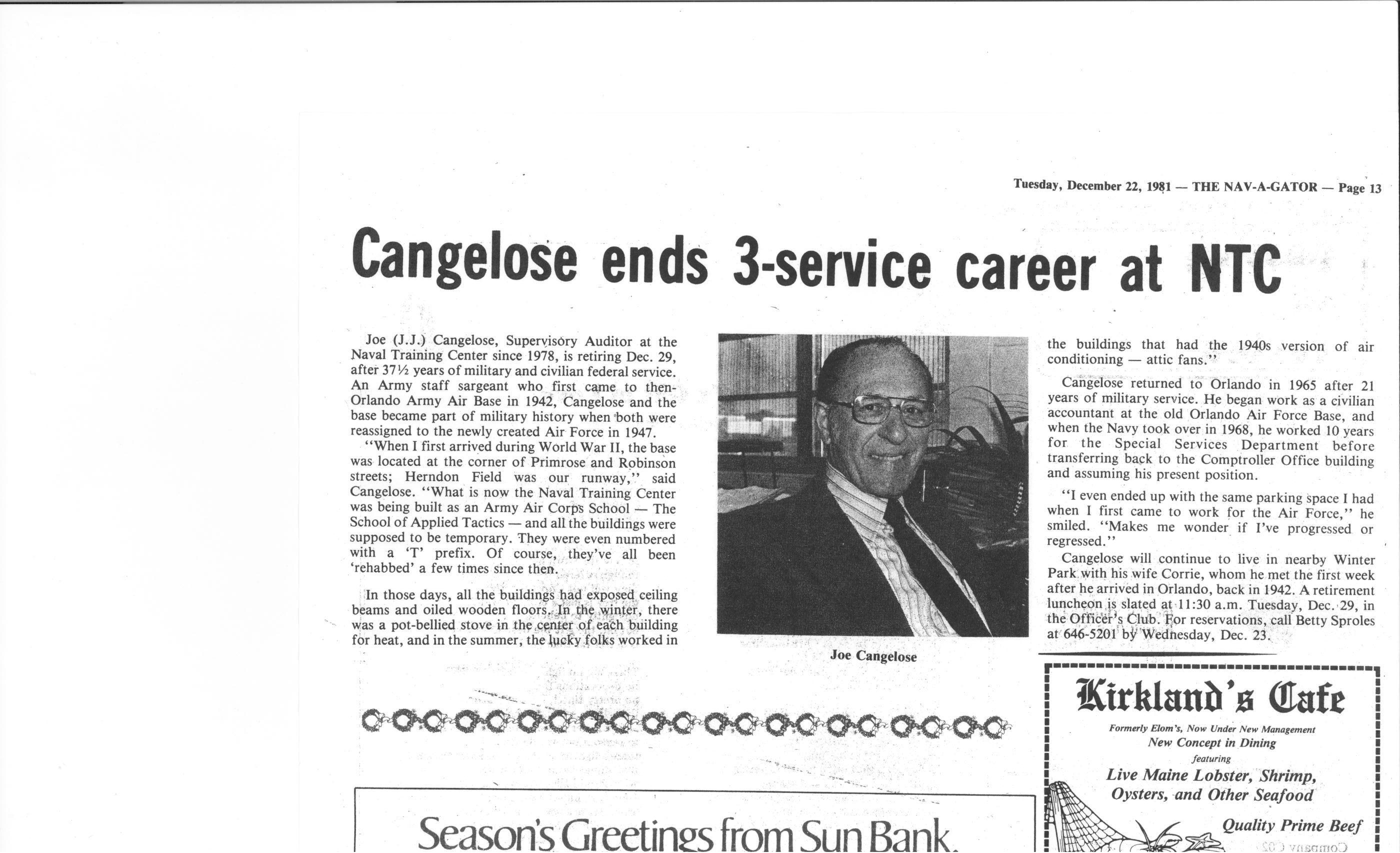 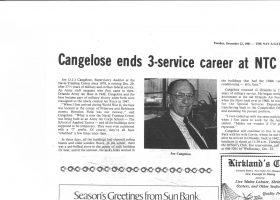