Maria Luisa Ferrer is president of the Panamanian Association of Orlando.  Part of their mission is to promote the culture and multicultural traditions of  Panama.  Maria volunteers to teach conversational Spanish at the Southeast Branch, Orange County Library System.  The class is open to anyone who wants to learn Spanish.  The program is very successful.  Students who work in businesses such as drug stores, airports, and other service industries discover that Spanish is very useful in their work.  Maria never thought Spanish would be in such  great demand in Orlando. 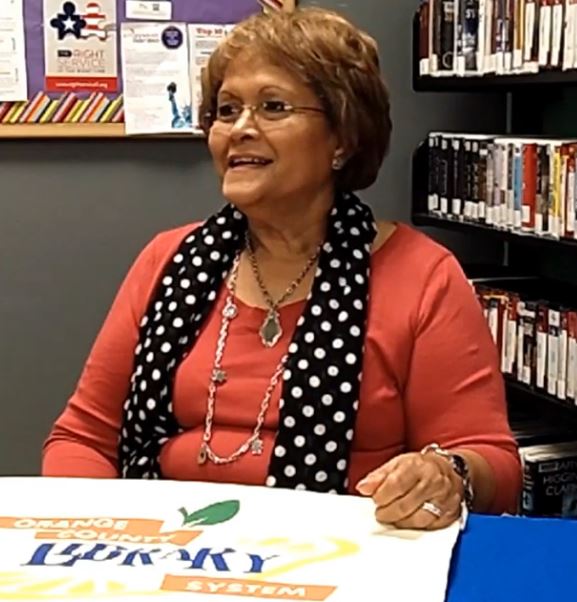 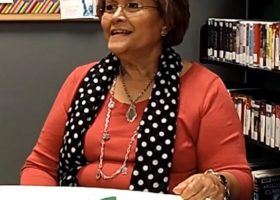