“The Way Back Home” was filmed in Sanford and Orlando and was produced by mainly Central Florida crew. It was featured in a showcase for local films in the 2006 Florida Film Festival.

READ Interview with Ralph Clemente, production of “The Way Back Home.
.
Editorial Review:

A year after his wife’s death and nearly a decade since his last visit home, successful New York lawyer Spencer Krane (Michael Houston King) returns home to care for his ailing grandmother in director Reza S. Badiyi’s character-driven family drama. Jo McMillan (Julie Harris) has suffered a massive stroke, and now her grandson Spencer has returned home to care for the woman who raised him.

As Spencer reconnects with such important people from his childhood as his grandmother’s lifelong friend Maude (Ruby Dee) and his childhood sweetheart Sarah Marshall (Tessie Santiago), he gradually begins to realize just how far he has strayed from the values that he had been taught as a young boy. Spencer has experienced a fair share of tragedy over the years, and now as he arrives in the old Florida town of Sanford he may finally find the peace that allows him to come to terms with the past, and look toward the future with a newfound sense of hope. Jason Buchanan, All Movie Guide 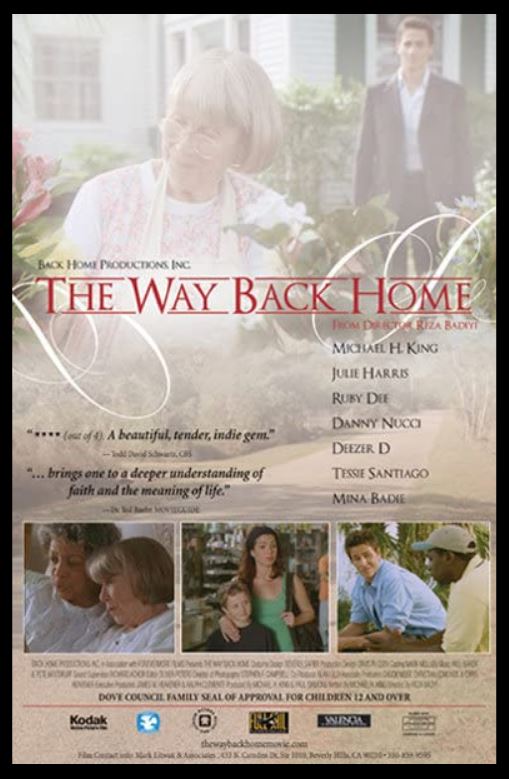 READ IMDB on “The Way Back Home.” 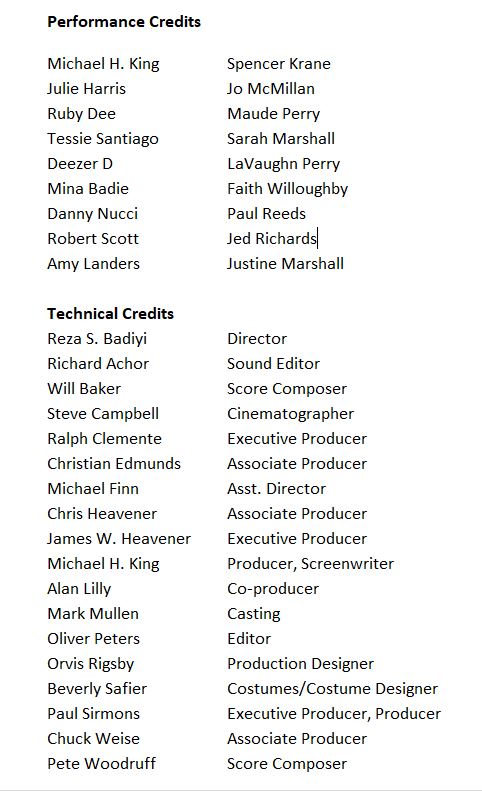 LISTEN (13:04) to an oral history interview with Oliver Peters, editor on the film “The Way Back Home.”

Ralph Clemente passed away in 2015. READ this tribute from his memorial service.

Oliver Peters worked for Century III (CIII - Century 3) Teleproductions from 1985 until he left in 2002 to form his own company. Over the course of seventeen years, Oliver held the positions of videotape editor, project manager and operations manager. CIII was first located in the old Bee Jay Recording Studios on Eggleston Avenue in Winter Park, Florida, but relocated in 1989 to Universal Studios after being selected from many production houses to be the post production facility on the back lot at Universal Studios. During this time period, Orlando garnered the name "Hollywood East" due to the filming/taping and post production of films and television series in the Central Florida area.

Oliver is currently involved in production and post production of commercial and corporate projects; he is a writer for Videography and other industry magazines in print and online; he is a presenter at conventions around the country; a guest instructor at Valencia State College and Full Sail, and he shares his knowledge of editing systems and techniques as a consultant to television stations and production houses around the country. His web site is www.OliverPeters.com


There are currently no video related to this memory.
IMDB - The Way Back Home
http://www.imdb.com/title/tt0432855/

"The Way Back Home" - Ralph Clemente

Tribute to Ralph Clemente at Valencia East Campus on September 20, 2015.