Above: Photograph of the 1923 Albertson Public Library.

Beginning that month, a monthly report was completed providing key information about library users and library materials. Olive Brumbaugh, head librarian from 1923-1943, most likely requested reports from various departments and directed the preparation of the monthly report.

The data is presented on a Library Bureau form with some additions and attachments. Generally, the reports provide: 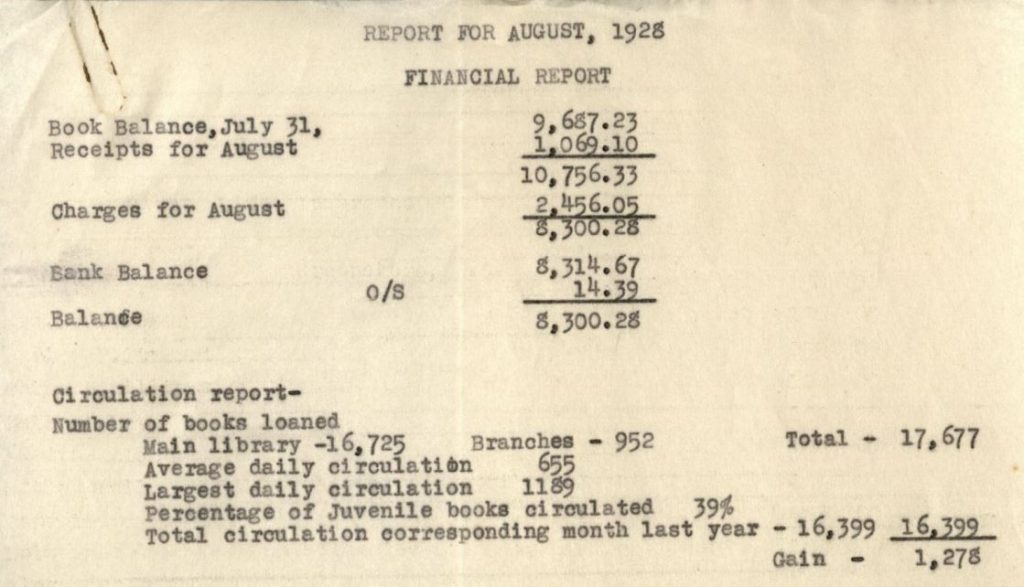 For a list of items included with each monthly report, use the index. You can also view all the reports in chronological order under DOCUMENTS below. 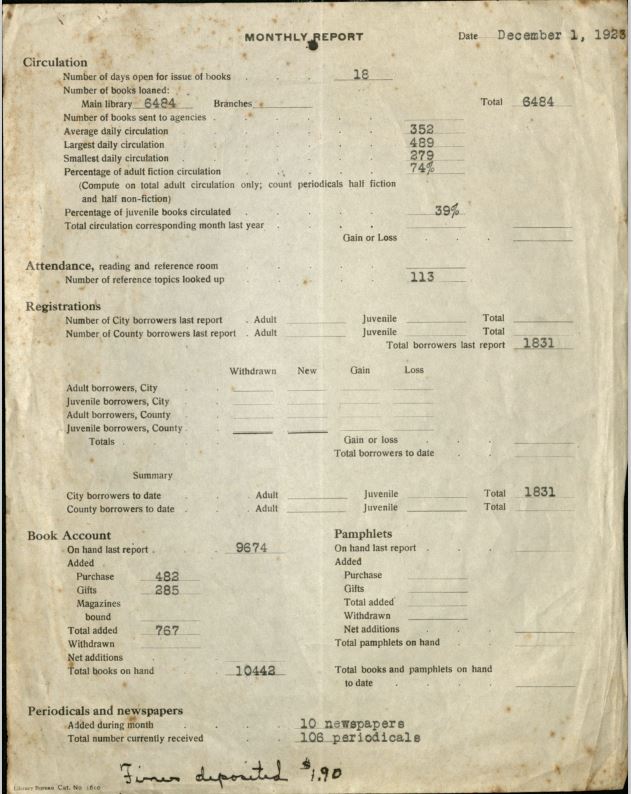 The Booker T. Washington Branch Library opened on June 11, 1924 to serve the African American community in Orlando. It was located in the former rectory of St. John’s Episcopal Church at 107 South Terry Street. The library rented the building from the Episcopal Bishop of South Florida Cameron Mann.

Beginning in June 1924, attached to the Albertson Library monthly reports, are beautifully handwritten reports by the library’s first African American librarian, Eddie T. Jackson.  Her reports create a wonderful history of the branch and her efforts to share the joy of reading with the community. 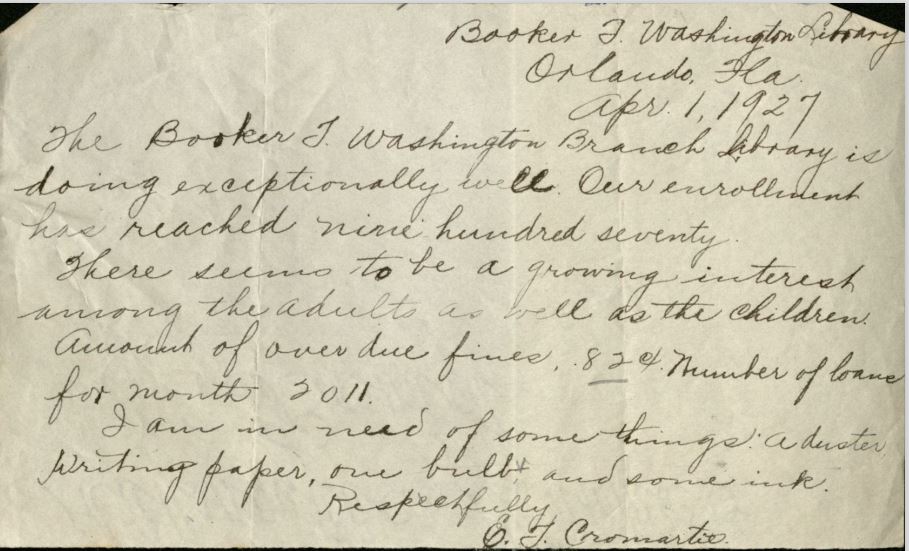 Librarian Eddie T. Cromartie’s report for March 1927:
“The Booker T. Washington Branch Library is doing exceptionally well. Our enrollment has reached nine hundred seventy. There seems to be a growing interest among the adults as well as the children. Amount of over due fines .82 cents. Number of loans for month 2011. I am in need of some things: a duster, writing paper, one bulb, and some ink.”

These are the transcribed Booker T. Washington Branch Library reports by year. The originals are included with the monthly reports under DOCUMENTS below.

In addition to the main library on Central and the Booker T. Washington Branch on South Terry, books were supplied to elementary, middle and high schools in Orlando and Orange County. Circulation statistics for individual class room libraries and schools are included with some monthly reports. 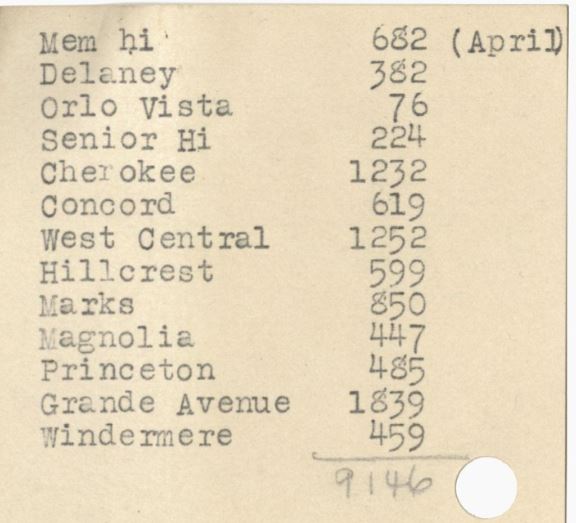 Some Monthly Reports also include school branch circulation comparisons for the year. The School Department report from December 1925- May 1926  tracks the circulation at Cathedral, Concord, Delaney, Hillcrest, Marks, West Central, Windemere, Conway, Barton Lake, the Junior High and the Senior High schools monthly from December to May.

To find additional school and class room library statistics, use the index of the monthly reports or peruse the reports under DOCUMENTS. 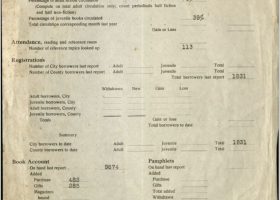 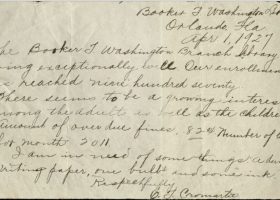 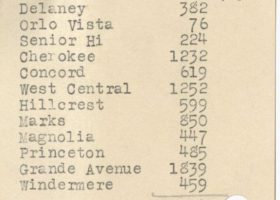 Books circulated (checked out) at the school libraries supplied books by the Albertson Public Library.

Correspondence with Bishop Cameron Mann regarding reduction in rent for the Book T. Washington Branch Library building - the former rectory of the St. John's Episcopal Church at 107 South Terry Street.