ABOVE: Albertson Public Library photo by Dixie Studio pasted on the back of the first page in the 1923-1930 minutes book.

Albertson Public Library Board of Directors

The minutes of the meetings of the Board of Directors of the Albertson Public Library begin with the first meeting on February 18, 1923 at 3:30 p.m., in Professor Sexton Johnson’s office at Orlando High School on Rosalind Avenue at Washington. 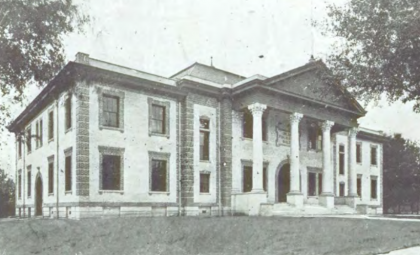 The board minutes track the library’s successes and challenges — from creating a furnished, functional, well-staffed library in just seven months, to years of great success and improvements, ending in the midst of the financial crisis that came to be known as the Great Depression.

The minutes were handwritten by board secretary, Zeriah “Zeedie” Ingoldsby Taylor, with the exception of a few after her passing in November 1930. The handwritten minutes were transcribed for ease in searching and reading.

ABOVE: Minutes of the Meetings of the Board of Directors of the Albertson Public Library, Orlando, Florida.

The minutes begin with the selection of the board president and secretary:

In the beginning, the board meetings dealt with issues of proper funding, the completion of the building, hiring of the head librarian and other staff, selecting furnishings, setting the opening date, and much more.

The minutes reveal the amazing story of how Olive Brumbaugh came to be the head librarian of the Albertson Public Library.

In March 1923, the board offered the position of head librarian to Miss Helen Stelle, head of the Tampa library, for a sum that she felt was not commensurate with the huge task to be undertaken in organizing a new library. The board continued searching for a librarian with no luck. They then offered the position to Miss Frost in Jacksonville who declined the Board’s offer as reported in the minutes of the April 17, 1923. It was quite fortuitous that an application from a Miss Olive Brumbaugh was received by the board days before the April 17 meeting.

The subject of the selection of a librarian was discussed. It was decided that since Miss Frost had declined the original offer of the Board it was not advisable to pay more for one who had not had experience in organization work. The president reported that the telegram sent to Miss Stelle had been forwarded to her from Tampa. No answer had been received. Application for position of librarian was rec’d from Miss Olive Brumbaugh librarian of the Public Library of Frankfort, Ind. Moved by Mrs. Warlow, seconded by Mrs. Jamieson “that wire be sent to Miss Brumbaugh asking for references, age, photo and salary expected.” 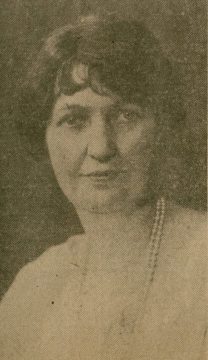 Just three days after the April 17th meeting, Olive Brumbaugh was offered the position of head librarian via Western Union telegram. She accepted the Board’s offer, and began work in Orlando in less than a month.

Favorable letter having been received in regard to Miss Brumbaugh, it was moved by Mrs. Warlow, seconded by Mrs. Taylor that Mrs. Brumbaugh be made an offer of $2000 a year as librarian to begin work as soon as possible.

By the May 16th meeting, Miss Brumbaugh and her assistants had begun the work of cataloguing the books given by the Sorosis Club and Captain Albertson from temporary quarters in the old Orlando High School building, as the library was not yet ready for occupancy.

The details concerning the opening of the Booker T. Washington library and the hiring of librarian Eddie Thomas Cromartie are discussed in the April, May and June 1924 board meetings.

ABOVE: “Miss Brumbaugh reported that the Colored Business Men’s Club had voted to pay the rent for the building to be occupied by the West Side Branch Library and that a house owned by the Episcopal Church had been selected which had been approved as suitable by the Board Members who had inspected it.” The June minutes show the branch was officially named the Booker T. Washington branch, and that Mrs. Cromartie had applied for the position of librarian.

According to February and March 1925 board minutes, the electricity bill for the electric heating system, installed when the building was constructed, was costing a fortune, and a battle over electric rates for lights versus heat with the city utilities company ensued.

Miss Brumbaugh reported in the October 1925 minutes that 23 classroom collections of books were given out at schools. In December 1925, the board voted to open the Albertson library on Sundays from 10 a.m. to 6 p.m.

In April, Dr. William F. Blackman became the 2nd president of the library upon the resignation of Sexton Johnson.

At the library board meeting on December 7, 1926, “Miss Brumbaugh announced that Mr. Melville Dewey, inventor of the Dewey Decimal System of cataloging, is spending the winter in Sebring and that she had learned that this meeting [District Library meeting in Orlando] is to take place on his seventy fifth birthday and that she had extended a cordial invitation to him to be present.”

Articles published in the Orlando Sentinel and Sanford Herald confirm that Melville Dewey attended the luncheon given in his honor at the Yellowstone Tea House. 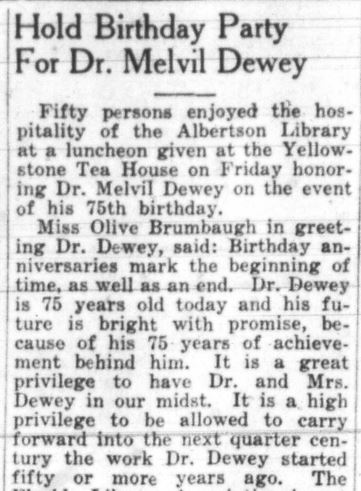 ABOVE: Excerpt from article published in the Orlando Sentinel on December 12, 1926, page 10A.

The minutes of the June 6, 1927 board meeting reveal how the library came to own the handsome painting of Captain Albertson by artist Mark Finch.

Moved by Mrs. Jamieson seconded by Mrs. Taylor that the library purchase the painting Of Capt. Albertson by the noted portrait painter Mark French, funds to be taken from the
petty cash acct for the purpose. Carried Mrs. Jamieson & Mrs. Taylor voting “aye” and Mr. Miller voting “no”. (Mr. French’s offer to sell the painting for $300, his usual price being $500, and Capt. A. to pay $100 of the $300 purchase price.) 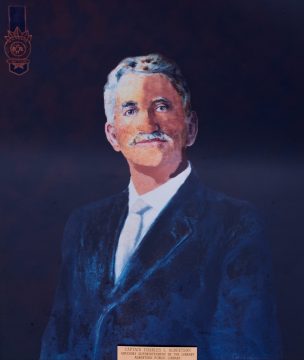 Amidst discussions of the city’s request need to reduce the budget by 20% due to a shortfall in expected revenues, Olive Brumbaugh shared some exciting news at the April 9, 1928, board meeting:

Miss Brumbaugh reported a most pleasing and profitable meeting of the Library Association at Lakeland. She stated that she had been succeeded as president of the association by Mr. Marron of Jacksonville, as the constitution prohibits a second term for officers, but that she had been appointed chairman of the Legislative Committee. She was entertained by Dr. and Mrs. Melville Dewey at a week-end party at Lake Placid where she met Mr. & Mrs. Thomas A. Edison and other noted people. 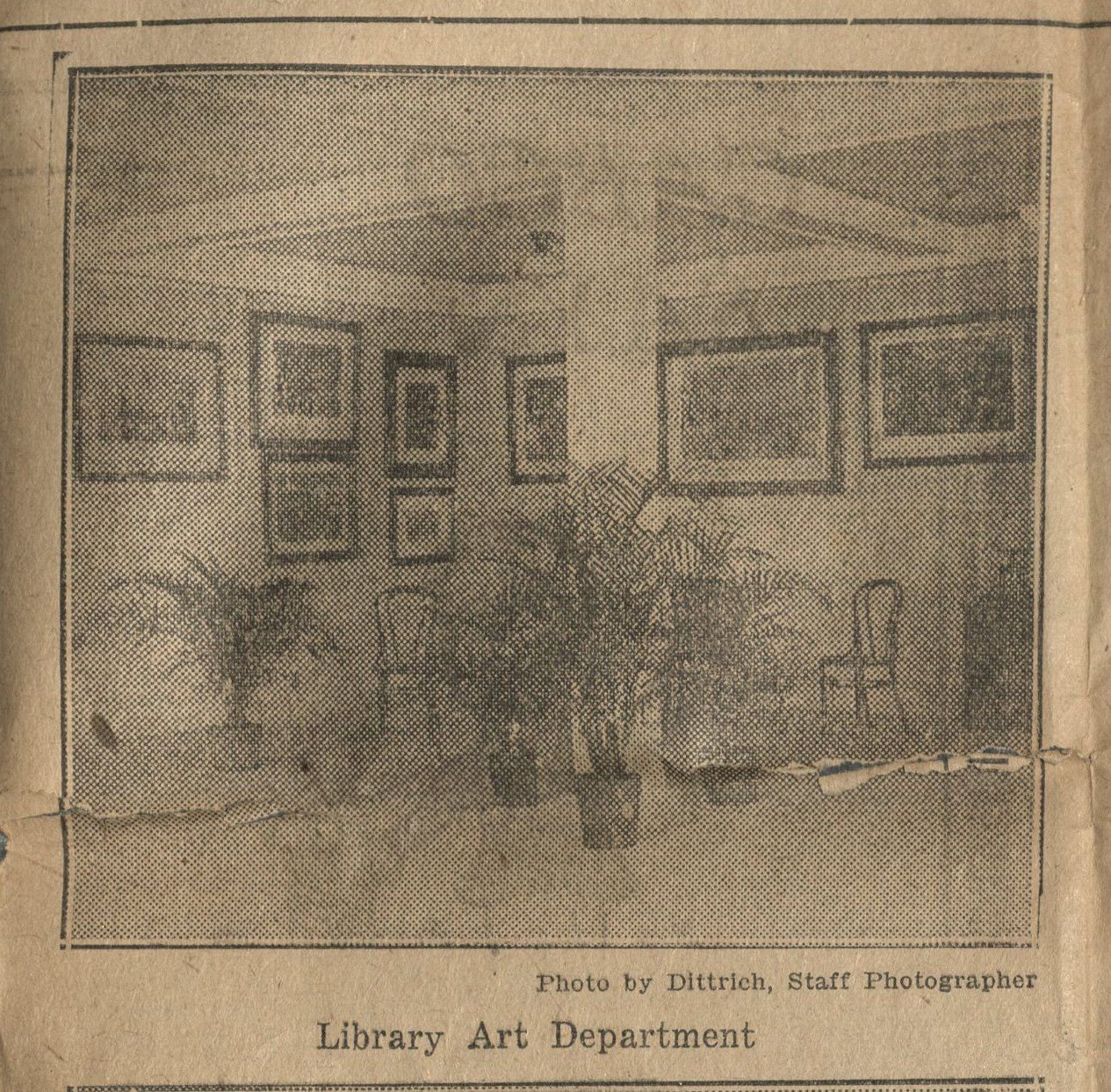 ABOVE: The minutes indicate that the members of the Library Board often met in the Art Room at the library.

The 1929 board minutes reveal that financial issues in the city government were impacting the library. At times, communications were a bit contentious as the city demanded that the board relinquish control of the library’s bank account and even the petty cash account.

The meeting on November 12, 1930, announced the passing of Zeedie Ingoldsby Taylor after more than seven years of faithful service to the Board, and included “Resolutions of Condolence” that were delivered to her husband, Frederick W. Taylor.

Resolutions of Condolence on the death of Mrs. Frederick W. Taylor, secretary and charter member of the Orlando Library Board.

Whereas, Death has removed from our midst, Zeedie Ingoldsby Taylor, our late secretary and co-worker on the Albertson Library Board; and,

Whereas, The intimate relations long held by the deceased with the members of this Board, render it proper that we should place upon record our appreciation of her services and of
her illustrious life and beautiful character; and,

Whereas, It is most fitting to pay tribute to one who will be greatly missed, one who has taken suddenly from us with the passing of summer, and amid the falling of the leaves;
therefore,

Resolved: That with the passing of Zeedie Ingoldsby Taylor, the Albertson Public Library and Orlando Library Board has lost a member whom it was our privilege to love as a personal
friend, and co-worker.

Resolved: That we deplore the loss of Zeedie Ingoldsby Taylor with deepest grief, softened only by the confident hope that her spirit is with those who, having fought the good fight
here, have entered into peace and perfect happiness in another world.

Resolved: That we tender to Mr. Taylor our sincere condolence and our heartfelt sympathy in his affliction at the loss of one who was a good citizen and a devoted wife.

Newspaper Clippings and Other Documents

Newspaper clippings and other documents of interest were inserted or pasted into the minutes book. Two documents of importance are the original and supplementary Articles of Agreement between Charles L. Albertson and the City of Orlando. The first was signed on November 26, 1921, and required the library to be open to the public within one year from the signing. As this deadline was not met, the supplementary agreement, signed on October 17, 1922, extended the completion date to October 1923. 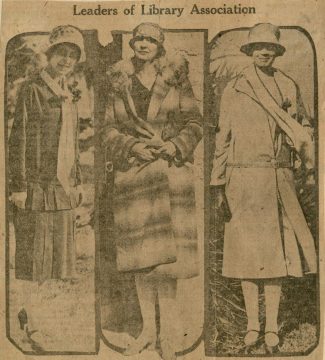 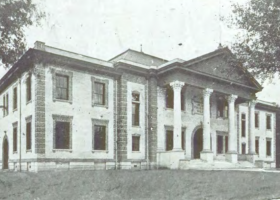 Title inscribed on the front page of the first minute book of the board of directors of the APL 1923-1930. 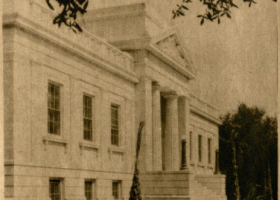 Albertson Public Library photo by Dixie Studio pasted on the back of the first page in the 1923-1930 minutes book. 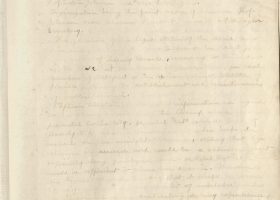 Faded first page of the 1923 minutes. 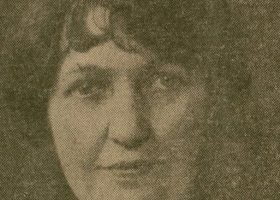 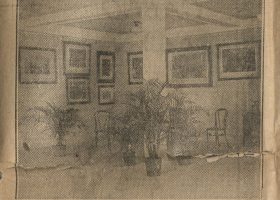 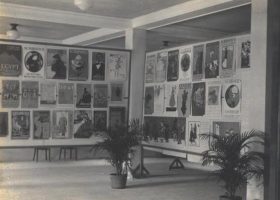 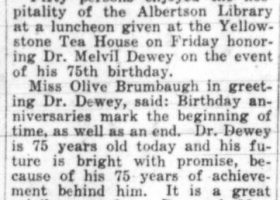 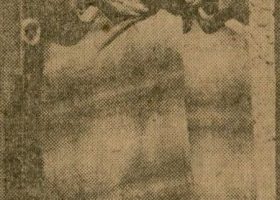 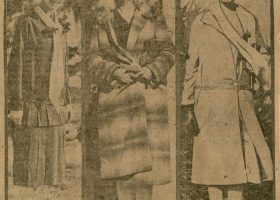 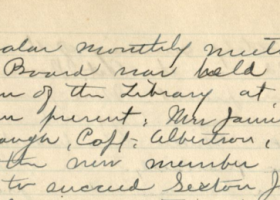 Dr. William F. Blackman - 2nd President of the Library Board 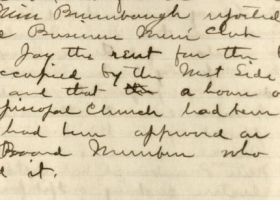 Beginning of discussion about a West Side Library for the African American community in Orlando.

Installation of Prof. William F. Blackman as board president

Installation of Prof. William F. Blackman as board president

The original agreement with Captain Albertson stipulated that the library must be complete by 1922. Since this was not possible, a supplemental agreement was signed in 1922 extending the completion date to 1923.

Scanned images of the front cover of the minutes book through the end of 1923, with additional newspaper clippings pasted into the front of the book.

The first page of the board minutes from 1923 were faded to point of being unreadable without enhancement. The contrast and brightness of the page was altered so that a transcription could be made.

Transcribed Board Minutes for the year 1923.

Scanned images of the 1924-1925 minutes of the board of directors of the APL.

Transcribed Board Minutes for the year 1924.

Transcribed Board Minutes for the year 1925.

Scanned images of the 1926-1927 minutes of the board of directors of the APL.

Transcribed Board Minutes for the year 1926.

Melville "Melvil" Dewey's 75th birthday celebrated in Orlando.
At the December 7th Library Board meeting, Miss Brumbaugh announced that Mr. Melville Dewey, inventor of the Dewey Decimal System of cataloging, is spending the winter in Sebring and that she had learned that this meeting is to take place on his seventy-fifth birthday and that she had extended a cordial invitation to him to be present.

Transcribed Board Minutes for the year 1927.

At the December 7th Library Board meeting, Miss Brumbaugh announced that Mr. Melville "Melvil" Dewey, inventor of the Dewey Decimal System of cataloging, is spending the winter in Sebring and that she had learned that this meeting is to take place on his seventy-fifth birthday and that she had extended a cordial invitation to him to be present.

Scanned images of the 1928-1929 minutes of the board of directors of the APL.

News article about the 1928 budget cut due to financial crisis at the library.

Transcribed Board Minutes for the year 1928

Transcribed Board Minutes for the year 1929

Transcribed Board Minutes for the year 1930

Letters announcing reappointment of some of the board members.

Letter from the city clerk listing the board members and new president William Blackman and their new terms.

Board secretary was reappointed for another 5 year term in July 1930, however, she passed away in November and was replaced by Mabel O'Neal.

The budget cuts required by the city impacted the library staff and services.